There’s a little-known power that we all have. It’s the power to transform our experience of life—and our level of stress—in an instant, by means of a decision. Interested? Read on! 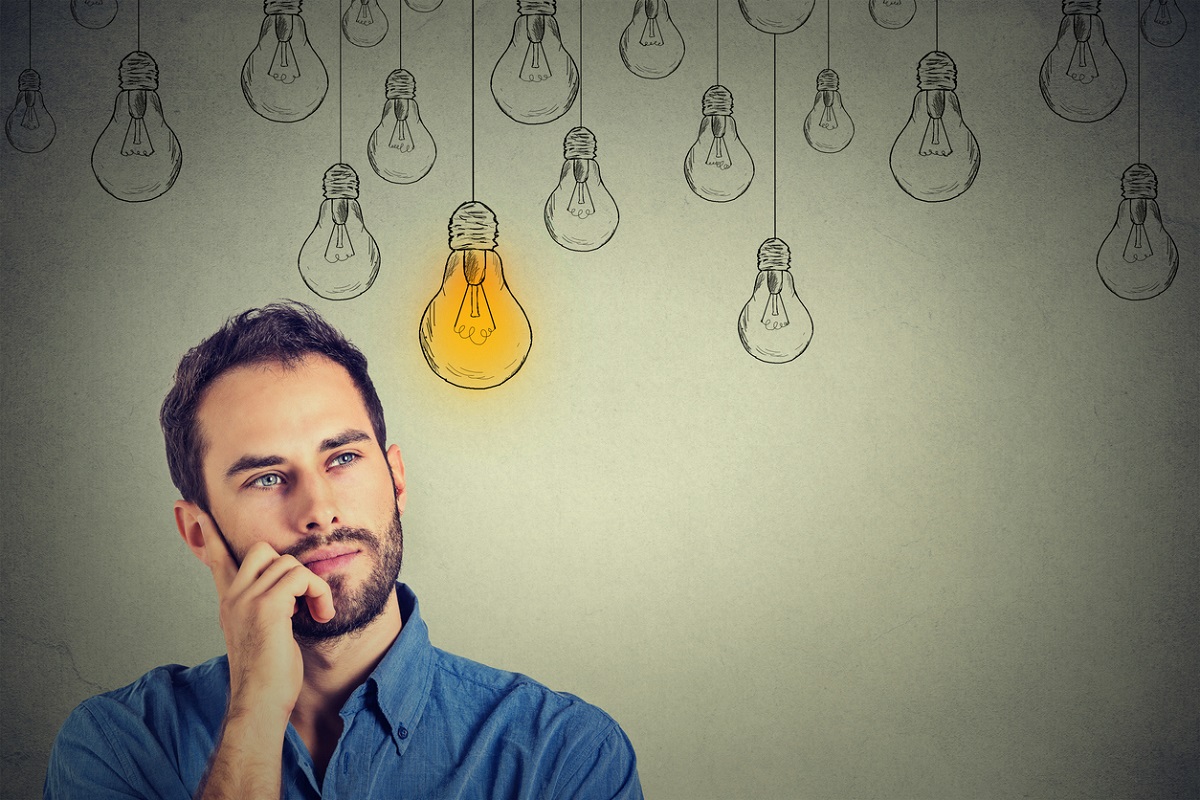 THINK ABOUT all the incredible creatures of the earth and how each one has adapted to its environment by growing claws or tentacles, or a covering that enables it to become camouflaged within its environment. That’s an example of how content (the features) evolve naturally out of the context (the environment) within which the creature finds itself.

Note that this evolutionary response happens naturally, organically. The creature doesn’t have to decide to do it, it grows of its own accord, perhaps as a result of some greater, or deeper, intelligence. We’re not getting spooky here, or trying to imply God or anything. That’s up to you. We’re just pointing out the phenomenon.

Thoughts arise out of a context

Now consider that thoughts arise out of a context in the same way that any living organism grows out of, and in response to, its environment.

For example, let’s say you and a friend decide over dinner one night that you’ll climb Kilimanjaro within the next year. The next morning, you’ll have a whole new set of thoughts in your mind, won’t you?! Firstly, you might think, What the hell have I done! Then, if you’re serious about honouring that commitment, you might think, What the hell do I need? You’ll need to get costs, book flights, buy equipment, get fit. You’ll probably notice a hiking store in the mall that you’ve never seen before, even though you’ve walked past it a hundred times. Once you’ve visited that store a few times, you’ll start to distinguish between details of products within the store, and so on.

Notice that all those ideas would come to you naturally as a result of your decision, and that it was the decision—and your commitment to that decision—that made the difference to your future thought process. It provided the context out of which new thought content evolved. If you’d just had a random conversation, with no decision or commitment, you’d probably have had no further thoughts on the matter.

Your context is provided by your beliefs

Some thought contexts arise out of decisions you make, as in the example above. Others are already there. You find yourself with them. For example, some people’s inherited beliefs about race, religion, or politics can be very strong—and very unconsidered. Such people will tend to regurgitate what they learned as children and interpret every new event through that same lens. Their thought content arises naturally out of the context of their inherited beliefs. If they shifted their beliefs, new thoughts would begin to arise instantly.

Or some people learn a very negative view of the world. Here’s an example of how that might look in real life. A shoe salesman (this is set in the colonial era) gets sent to a foreign land; he telegraphs home and says, “Bad news, nobody here wears shoes.” Another one, who developed a more optimistic view, arrives at the same time and sends back the message: “Great news, nobody here wears shoes!” They’re both looking at the same circumstances. Their context, which is provided by their core belief system, creates a lens through which they view the world and a context out of which their thoughts and reactions arise.

The difference between gradual learning and a context shift

This talk of context, instead of just straightforward learning, may seem odd. What’s the point? Well, if you think a belief that took you a lifetime to learn can only be replaced by a long process of, say, psychotherapy, or re-conditioning, then ask yourself this: what happens when people experience a religious or political conversion? They see or hear something that shifts their context massively, and suddenly they find peace, or hope. The elation they experience is a consequence of the flood of new thoughts they have. You can also think of the hope and expectation that comes with falling in love. Suddenly, you’re dancing in the rain! Then the person lets you down. Suddenly, you’re crying buckets!

What this points to is that your thoughts—and with it your feelings and motivational state—can shift instantly when your context shifts.

A context shift can happen as a result of an event. Let’s say you win the lottery. Or you meet your dream lover. A context shift can also be in a negative direction. Like when the coronavirus took hold and your country got put on lockdown. Your romantic plans were scuppered, or you couldn’t work. You felt devastated in an instant.

A context shift can also happen as a result of an insight, like when you have an Aha! moment. Or it could be self-created, like when you make a decision. For example, when you committed to climb Kilimanjaro within the next year. I mean, you did commit to that, didn’t you?! Just joking.

You have the power to shift context instantly

The thing that makes some forms of coaching so powerful is that they work at the level of context. The coach will ask you questions to get you to see things in a way that will give you that Aha! moment so that your whole context will shift. Or they’ll invite you to commit to something that will have the same effect.

In Module 3 of the Practical Mindfulness online course (or Chapter 7 of the book) you’ll discover the most important and valuable context shift you can make when it comes to handling stress and building resilience. It’s a mental action that has the power to shift you instantly from a state of anxiety and worry to a state of equanimity. Naturally, we’d like for you to find out what that mental action is, and we hope you’ll do that by engaging in the program, either via the online course or the book—in other words, that you’ll take the whole journey with us.

This an adapted excerpt from the Practical Mindfulness book and online course. You’re invited to explore both options via the links provided.