Being emotionally nonreactive is a skill that can be learned. Instead of react, you can respond thoughtfully and realistically. That happens naturally when you follow the three key elements of mindfulness. 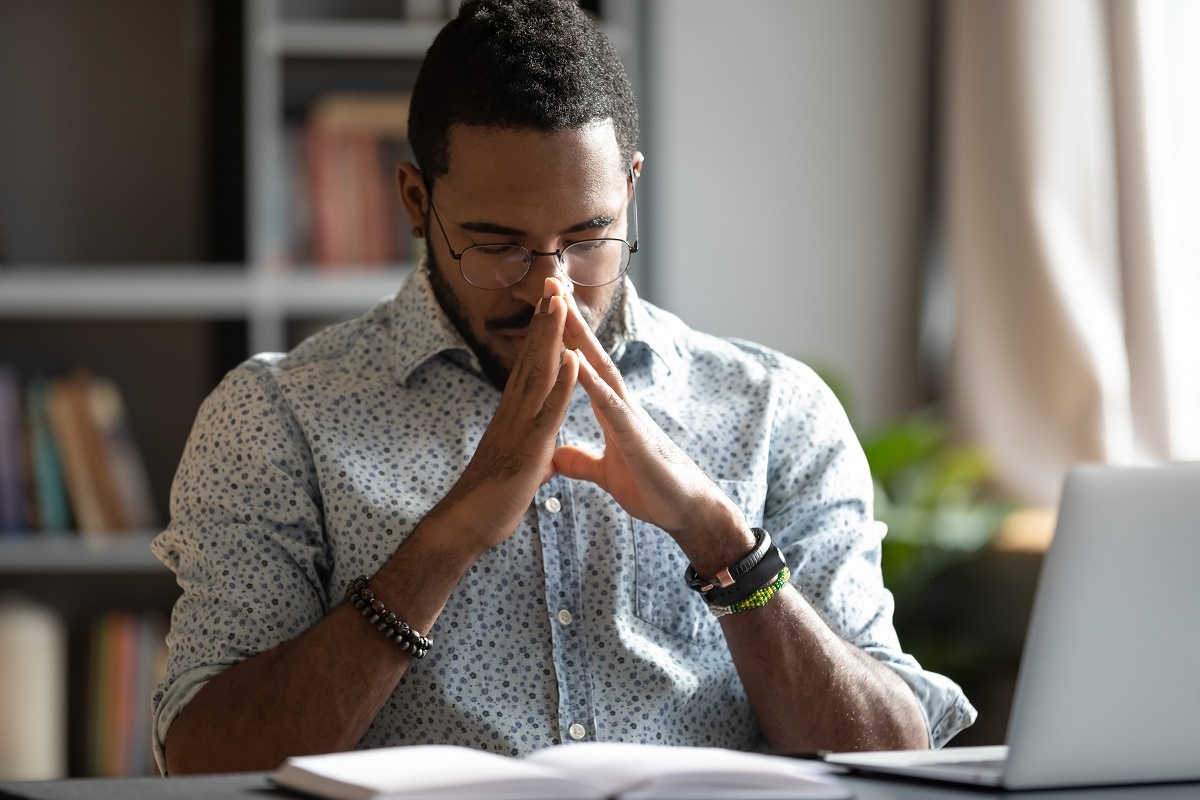 AS YOU may have read, the primary indicator of being nonreactive (i.e. responding) is that you have choice. In other words, you know that you are being nonreactive when, even though you’ve been emotionally triggered, you can see more than one option for how to act, and you choose the one that is most realistic, relevant and/or productive instead of destructive.

For example, you hear that someone has said something negative about you. Instead of jumping in to defend yourself, you choose to find out the truth from them first. Your action is based on a deliberate, mindful choice, the options for which became available to you as a result of the gap you created by being aware, and the objectivity you activated by being nonjudgemental.

When you’re nonreactive, says American psychologist and Professor Emeritus of Psychology and Psychiatry at Boston University, David Barlow, you “respond to [your] experiences in a more thoughtful, realistic way, rather than through knee-jerk reactions”. There are two key words in that sentence: thoughtful, and realistic. Let’s unpack them.

First let’s look at thoughtfulness. It’s clear that being aware creates space for thoughtfulness to occur: that moment when you are considering your options.

Some people are afraid of silences, or those still, quiet moments, and some believe that to not act immediately—read: reactively—is a sign of weakness. If this is you, then you may need to reframe that. Consider the possibility that being temperate is a sign of wisdom, not weakness. In the old days, this was expressed more simply, as, “Count to ten,” and, “If you’re not sure, rather walk away.” There is no weakness in that, and most situations are better dealt with when one is calm and has had time to think. Most situations, as we’ve seen and will see some more, take care of themselves when you do that.

All that said, this thoughtful moment also doesn’t have to take a long time. To someone on the outside, you may hesitate for only a few seconds, and then you decide, and act. When you’ve developed a level of personal mastery it can be instant.

As with any learning process, developing emotional nonreactivity will probably start slowly and clumsily. This is not a reason to give up. A baby has to fall many times before it can walk, and it doesn’t give up. The response time from reactivity to becoming aware becomes exponentially shorter the more you do it—and, says science, the more you practice certain meditations. Similarly, your ability to move through a nonjudgemental assessment of the situation, to read the message in the emotion, and then choose your response, becomes shorter with practice.

When you’re well ahead of yourself, your mindful response can flow as naturally as your primary reaction might have done. That’s called transformation, when you’ve become a wholly more mindful, more conscious, person.

From thoughtful to realistic

Now let’s look at Barlow’s use of the term realistic, and how that applies. Remember in the introduction, one of the benefits of mindfulness was given as being able to make decisions based on what matters. According to Barlow, it’s only when you’re being mindful that you can begin to “distinguish between … an accurate reflection of what is going on in [your] world … and what is a false alarm”.

For example, if you’ve had a bad experience on a train in the past, it doesn’t mean it’s going to happen every time you go on a train. It’s not a reason to fear trains, and being mindfully aware and nonjudgemental enables you to assess the situation objectively and see that.

Or, let’s say that you as a manager picked up a problem with the stock register instead of one of your employees picking it up. That doesn’t necessarily mean that there’s a problem or that they’re incompetent. It might just mean that you were present enough in your business—so well done to you—that you were in the right place at the right time, and thank goodness you picked it up.

Seeing the situation as it is, right now

The only way you could reach this conclusion—presuming it’s the right one in this instance—would be if you were able to look at the situation as it is, instead of through the lens of something that happened in the past, or something you fear might happen in the future. Once you’ve assessed the situation objectively, you might decide that there’s nothing that needs to be said, or done.

“The fact is that our moment-to-moment judgements about, and responses to, our emotions often have very little to do with what is actually going on right now,” says Barlow. “Instead, our reactions to our emotions are oftentimes rooted in what has happened in the past, or what we think might happen in the future.” Does that sound familiar? That’s the state of reactivity, and reactivity fuels more reactivity. You become less authentic, less present, less effective. It’s a downward spiral. Barlow calls it “a vicious cycle of interacting negative thoughts, behaviours, and feelings that are serving to intensify, heighten, or even worsen your experience”.

Conversely, he says, “The only way [you] can determine whether ongoing emotional responses are an accurate reflection of current situational demands or needs, is to anchor [your] awareness within the present context.” You can see that the opposite—let’s call it an upward—spiral is that of being aware, being nonjudgemental, and being nonreactive.

The good news: it’s a skill—you can learn it

Barlow refers to this as a skill, which is good news. That means it can be learned, practiced and improved. He likens the process of being mindfully aware and nonjudgemental to “using a time-lapse camera to better understand how your emotional responses unfold … stepping out of your experience and observing your responses as they are happening moment by moment [to] get a much better sense of where you might be leading yourself astray … [and] to determine how you should respond given the current circumstances”.

He also points out that “this focus on the present moment also allows you to take new information in, and learn new associations with your emotions (e.g., feeling fear does not always mean you are in danger), … [to] become fully rooted in present reality, and the choices that are available to you right now. Only then can you allow new learning and new reactions [responses] … to occur.”

How do you know when you’re being emotionally nonreactive?

The first indicator that you’re being emotionally nonreactive to be nonreactive with regards to your emotions is, firstly, that your reactions have become considered responses. They’re more likely to take into account—and benefit—the greater good, rather than being designed to defend yourself or get what you want at all costs. The second indicator is that you’re not reacting in the same way every time. Your responses have become more nuanced, more relevant to the situation, and less about you, your fears, your concerns.

Perhaps the best indicator that you’re being consistently and authentically nonreactive with regards to your emotional responses, is that you’ll be having a very different, much better, experience of life. Instead of the energy of emotions taking you over and using you for destructive means, you’ll be converting and using that same energy for constructive purposes. In other words, you’ll feel consistently more positive and motivated.