What is an emotion? Here’s a practical view that will help you to look at them and not get lost in them. It’s the first step to learning to manage emotions mindfully. 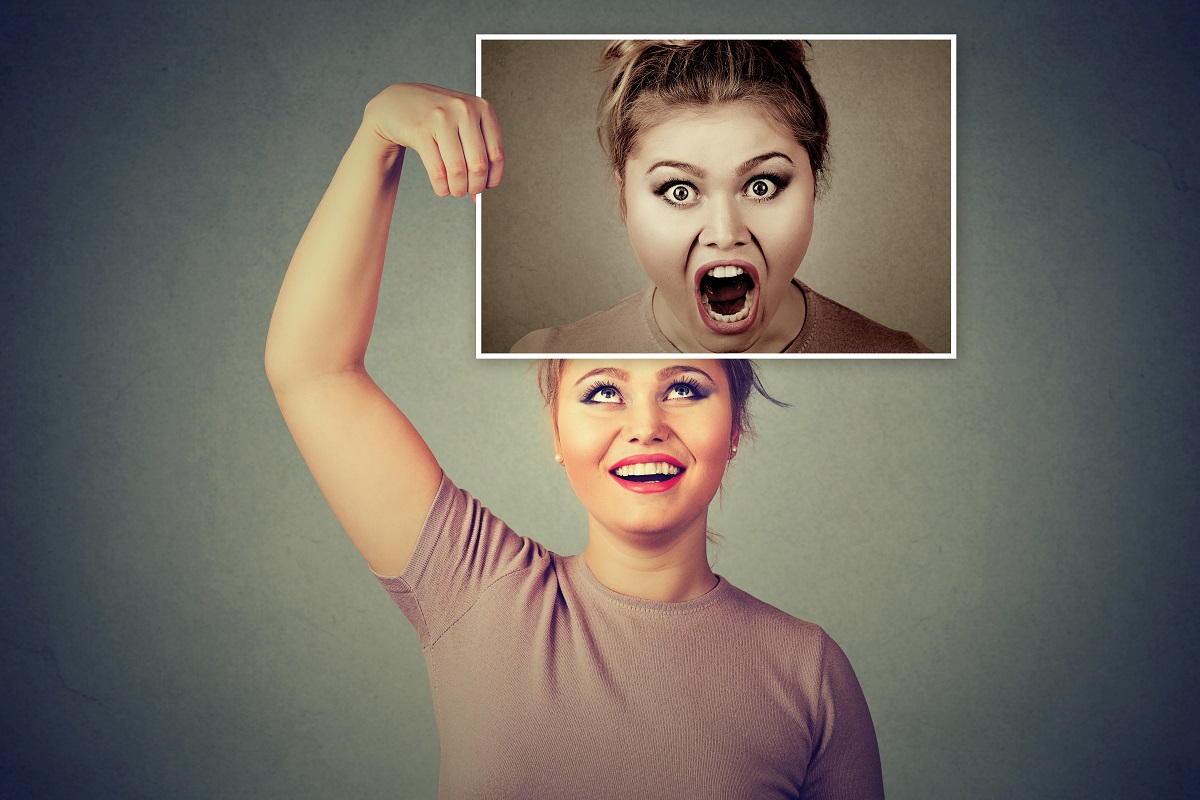 HAVE YOU ever noticed that the word emotion contains the word motion? This may be more than coincidence. Consider how a thought doesn’t necessarily lead you to act, but an emotion does. For example, you think about helping someone, but you don’t; then someone “makes you feel guilty” and you do it. Or you write that angry email that you know you should not send; you do your best not to, but the anger rises in you and “makes you” press send.

Whoever’s job it was to come up with words hundreds of years ago might have been onto something. In fact, according to Dictionary.com, the origin of the word emotion is “apparently Middle French … from esmovoir, to set in motion”.

We know that energy is needed for action, so let’s separate the word emotion into its components of e + motion and posit that the e stands for energy, and that emotion is “energy in motion”. In other words, an emotion is energy attached to the thoughts that you have. It causes you to go into motion—to act—on those thoughts.

What causes that energy, where does it come from? Consider the possibility that the energy arises out of your judgements (preferences) of good / bad, right / wrong, liking / not liking.

In the earlier example, you weren’t going to help the other person. However, chances are, something someone said, or a second thought that popped into your mind, told you that not acting was bad. This judgement provided the energy that tipped the scales.

Judgements in this context don’t have to be moral or critical. They can also just be preferences, i.e. liking / not liking something.

Let’s say your friend gets all excited about a new iPhone release. If you don’t pay any attention to new technology releases—for you, it’s just a phone—then there’s an absence of judgement (preference) on your part and so you don’t feel anything at all. Alternatively, if you like them—positive judgement (preference)—just as much as she does, you’re likely to get equally excited. Then if you’re an iPhone junkie—extremely strong positive preference—you might experience an overwhelming thrill. You might also feel dread at the prospect of having to pay for it!

Crucially, any given level of energy will be upped by the degree of proximity to the label me / my / mine. For instance, if you hear that your friend’s new iPhone was stolen, you might experience some mild emotion, like sympathy, around that. Now let’s say the phone was stolen during an event at your house. In that case, you might suddenly become very concerned, perhaps you might feel insulted, even angry. And if it was your phone that got stolen, you’d probably experience even more intense emotion.

The next thing to note is that the higher the level of energy—and therefore emotion—the more it distorts and exaggerates the motion—or action—in response to a given set of circumstances. For instance, with regards to the iPhone theft, one person might investigate and confront the suspect privately. The next might lay a charge against the suspect. Another might take revenge, like shaming them on Facebook.

The higher the level of energy, the more it distorts and exaggerates the action in response to a given event.

Such exaggerated action is linked to the degree of identification with—or importance attached to—the label me / my / mine. In the iPhone theft example, your sense of self could be identified with the notion that, “Nobody makes me look bad.” Or it could be, “Nobody takes advantage of my hospitality”. Any overidentification with such ideas would cause a quantum shift in the level of energy, and therefore emotion, experienced. This would in turn impact the level of action taken.

It’s important to note that, just as thoughts lead to emotions, so emotions also feed back to and influence your thoughts, adding fuel to the fire. It can become a self-reinforcing closed loop. In mindfulness terms we’d call this a reactivity spiral. It’s often this second layer, where you have a judgement about the emotion itself, that drives emotional disorders like depression and anxiety. There’ll be more on this in the next post.

One more element that is important to consider when it comes to emotions is that the body doesn’t know the difference between an actual situation and a thought. It can react to both as if they were real. Consider how an actor in a movie is able to conjure up tears. Think about how you can be moved to tears by watching them. Or how you can have an adrenaline rush—or be moved to tears—just watching sport.

This last point is relevant for emotional disorders, like panic. Often a person who has suffered a panic attack, let’s say in a crowded mall, starts to feel afraid when they return to any mall, and that thought can set off the symptoms again. This is why mindfulness is used in treatments for this and other disorders. Once again, this will be covered in the next post.

The fact that the body doesn’t know the difference between thought and reality, also relates back to the amygdala hijack that has been mentioned in previous chapters. For example, your mind recognises a current situation as being similar to one from the past (boss, angry and shouting equals father, angry and shouting). The situation in the past seemed rather life-threatening (you were five years old), and now your mind treats this one as though it’s also life-threatening, even though it’s not. Still, you experience that same freeze-fight-or-flight response, because the amygdala doesn’t distinguish between what’s real and what’s not. This points forward to something we call the “red zone”, which we’ll also cover in a future post.

Read the next post to learn how to manage yourself when it comes to emotions.

Find out more
This an adapted excerpt from the Practical Mindfulness book and online course. Both options provide more details on how to manage emotions.